A PReP model workshop entitled “Process Design in the Age of DX – Integrating the PFD and PReP” was held at a forum organized by the T21 Study Group on “Process Design with the PFD” of the Association for Facilitation of Rational Derivative Development (AFFORDD).

AFFORDD offers XDDP (eXtreme Derivative Development Process), a development approach that enables effective derivative development. The T21 Study Group, in particular, focuses on the effective use of the PFD (Process Flow Diagram), which is one of the XDDP methods. We interviewed members of the T21 Study Group about the synergistic effects of integrating the PFD and PReP models.

Why did you decide to integrate the PReP model with the PFD?

Mr. Yagi: I first learned about the PReP model and the PFD around 2010. I was originally under the impression that they were very similar methods. To put it simply, the PReP model only describes products, while the PFD describes processes and products. The PReP model has the advantage of being able to identify risks in the business based on logical structures, such as synchronization relationships. However, since it only describes products, it can be difficult to understand the model and create a business process using it. We thought we could make up for this weakness by linking the PFD.

The PReP diagram enables the discovery of problems at first glance!

What was your impression when you first heard about the PReP model?

Mr. Nozawa: It sounded difficult. The first time I was exposed to the PReP model was in a working group at the Software Symposium 2019. Since the PReP model does not describe the process, it was difficult for the participants to share the image that each one had. We had to talk based on the process and check on each other by saying, “This is what we want to do,” as we went along.

Mr. Ito: When Mr. Nozawa told me about the PReP model, I also thought it seemed difficult. I felt that looking at the PReP model diagram alone would hardly make you understand a process unless you knew the background.

Mr. Soga: I had the same impression as Mr. Ito. However, swim lanes enabled me to understand who was doing what.

Mr. Kajimoto: Unlike the others, I accepted it rather easily because the PFD is described both in terms of products and processes. I thought using only products, as in the PReP, could be another way to describe a business process. I thought this method made it easier to think about what to do when the actor changes.

How did you feel when you tried to draw the PReP model yourself?

Mr. Ito: It’s difficult to draw a PReP model without a process because we’re used to drawing a business flowchart based on it. Therefore, I thought it would be good to first draw the process with the PFD and then draw the PReP model, as we did in this forum.
What was good about drawing the PReP model was that, when the Study Group members actually drew it, they were surprised to find there were omissions in the PFD, which they thought was thorough enough. I also liked how the PReP made ambiguous items visible in the as-is diagram using its notations because it is hard to intuitively grasp these items in the PFD. Moreover, the PReP model’s swim lanes were easy to understand compared to the PFD’s descriptions, where you have to read through the text when there are multiple actors.

Mr. Soga: For me, PReP’s idea of synchronization between products was difficult. However, I thought it was great that I could see the problem just by looking at the diagram. The fact that the synchronization relationship often becomes an “improvement point,” such as making the process more complicated, was a new discovery for me.

A method suitable for implementing major improvements toward total optimization

What positive effects did you find in this trial compared to using the PFD alone?

Mr. Ito: The PFD draws both processes and products, so the diagram becomes large. On the other hand, the PReP model does not draw processes, so the diagram is focused, making it easier for people with some knowledge to understand.

Mr. Kajimoto: The PFD is a method used to describe “how to achieve a goal” when the goal is clear. Therefore, once the process is decided, it is difficult to change unless a problem occurs. I think the PReP model is more suitable when thinking about better ways to reach a goal.

Mr. Nozawa: I liked how the PReP enabled us to organize the process without adhering to the current process and by focusing on products.

Mr. Soga: My impressions were similar to what Mr. Kajimoto said. Once the PFD is created, it is not easy to change the process. Even if you change it, you end up making partial optimizations without looking at the whole picture. When I encountered the PReP model, I was able to take a step back and think from the total optimization perspective. I think it’s difficult to draw a PFD for a business requirement for changes, so I felt it would be good to use the PReP model in such cases.

What was the effect of combining the PReP model with the PFD?

Mr. Nozawa: Since I think it’s difficult to draw only the products from the start, it would be good to use the PFD as the first step for drawing the PReP’s as-is diagram. Also, to supplement understanding of the PReP diagram, the PFD can be used after drawing the to-be diagram to organize what needs to be done.

Mr. Akiyama: Like Mr. Nozawa, I agree that the PFD is easy for everyone to understand, since it has a process. I thought it would be good to use the PFD for the analysis in the initial and final stages as well as in the final format.

Mr. Kajimoto: To create products, there has to be a process. So, to realize the PReP model’s to-be image, it’s necessary to think about the process in the PFD to create the products drawn in the PReP model.

Highly recommended to anyone involved in DX and business improvement

To whom would you recommend the PReP model?

Mr. Soga: I would like people who are concerned with management strategies to use it. I think it’s a good method for analyzing problems from a total optimization perspective and figuring out what to do in the future. We used to use BPMN (Business Process Model Notation) but I would like to spread the PReP model as an alternative method.

Mr. Ito: I’ve already introduced it to my colleagues who are consultants for ERP implementation for our group company. I’d also like to recommend it to people who have some expertise, such as in system implementation consulting.

Mr. Akiyama: I’d like to introduce it to units that are under pressure to solve issues and improve their operations and production lines. I’d also like those in charge of DX and business improvement to use it. To achieve the desired to-be image, I’d like to introduce the combined PReP + PFD method, as in the workshop, because I think it’s difficult to use the PReP model alone.

Mr. Kajimoto: I’d like those who are concerned with enterprise systems for a company of a certain size to use this. A large company has data in many different places. When thinking about major reforms, such as integration into a single system, it’s difficult to use the PFD, so I recommend the PReP model. I also recommend the following steps for a successful DX: understand and identify what kind of data your company has; use the PReP model to create the to-be image; and finally, draw the actual process with the PFD.

How would you like to use the PReP model in the future?

Mr. Soga: The forum participants said that the PReP model is effective in finding areas for improvement and that they want to have another go so that they can learn it. Others who unfortunately could not attend the forum this time also said that they’d like to try it, so we hope to repeat a workshop like this.

We thank the members of the T21 Study Group, who are all professionals in process design, for the workshop design, facilitation, and wonderful forum. We look forward to continuing our discussions with you on process design for the DX age. 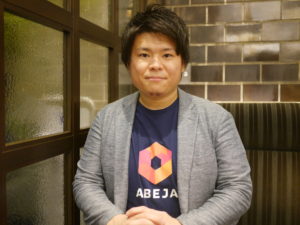